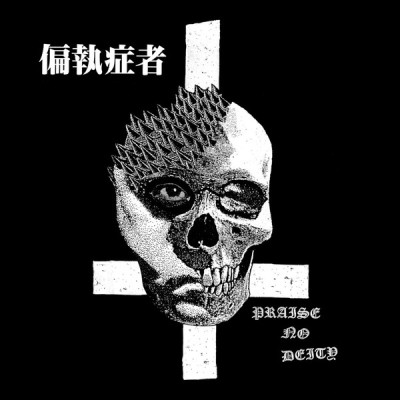 A three-song barrage of Scandinavian-influenced d-beat and why not? After all, Paranoid is from Sweden despite their name, song titles, and lyrics all being translated to Japanese. “Mirai Sensou” is a mid-paced apocalyptic stomper while “Chissoku” churns out a traditional Hear Nothing, See Nothing, Say Nothing era Discharge-style banger before being interrupted by “Gyakusatsu Gambou,” the closer that invokes the wrath of fellow Swedish gods Totalitär. There you have it, the d-beat trinity for success: the stomper, the banger, and the closer. What else do you need?