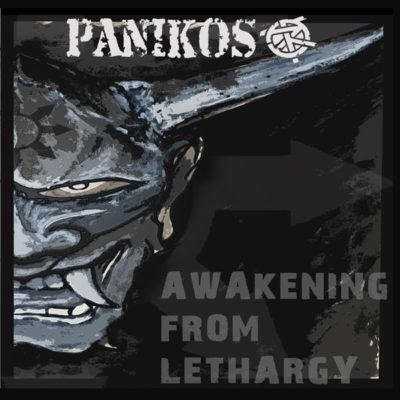 Panikos was one of the classic crust bands from the 90's that made "Greek crust" something notable to collectors. Their previous records are to be filed with Chaotic End, Forgotten Prophecy, Naytia, Anasa Staxti, Negative Stance, etc etc. The Greeks took the classic English and American crust sounds and transformed them into their own unique ideas and expressions.

So imagine my delight to be able to release the first new Panikos recordings in over 10 years. And it was worth the wait, they're better than ever. This record uses Amebix and Neurosis as a starting point and then takes those ideas in a distinctly more rocking direction. Clean and heavy sound that feels natural and organic rather than overproduced and sterile.