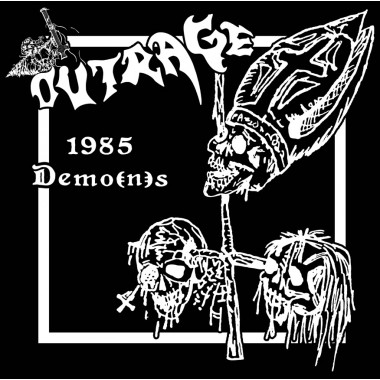 It's unbelievable how a band like Outrage from Germany hadn't been given the credit they truly deserve. Formed in 1983, together with SLAUGHTER they have been among the very first bands showing such a strong HELLHAMMER/CELTIC FROST influence combined with a raw thrash/black attack in the vein of early SODOM. This Lp features their two 1985 demos in their entirety. They have broken up in 1987 after two more demos and have remained buried by time and dust till their reformation in 2004. Along with POISON this is a teutonic gem that must be present in your collection. Restored and mastered for vinyl at Toxic Basement Studio. 400 copies coming with A2 poster, jacket on 350 grams cardboard, insert, outer plastic bag.