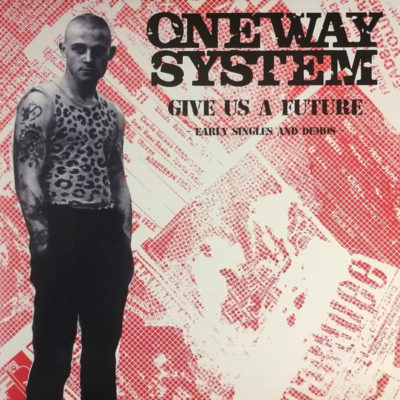 Give Us A Future: Early Singles & Demos (LP)

Northern english band One Way System was one of the most highly rated "street punk" groups that spun off from the british hardcore and oi! scenes of the early 80s. In addition to the sparse demos that the group recorded in its original line-up in 1981, this compilation gathers early singles issued by Blackpool's lightbeat records that same year, all of the singles and ep's issued by Cherry Red's anagram subsidiary between 1982-84, including the inaugural 45, "Give Us A Future".