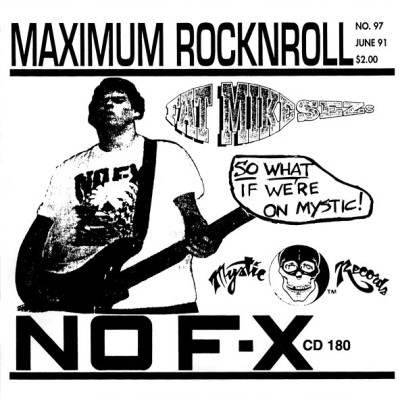 Fat Mike stated that "This was never supposed to be a record. NOFX got popular in the mid 90's so mystic records took both seven inchers and put them out on a cd with a bunch of demo songs. It's a totally sucky record and the artwork totally bites. We had no control over any of it. In fact we didn't know it was coming out until I saw one in a store. If you want to hear a totally crappy fucked album then this is the one for you. Don't say I didn't warn you."

Even though the band claims that "Maximum Rocknroll" was not released with their consent, it's listed on the discography of their website.