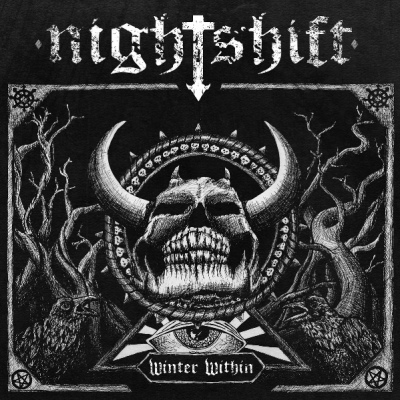 Nightshift are a new band from Portugal and this is their very first release gathering 12 tracks (1 more track than the CD version self-released by the band) of an extremely well-played brand of metal-punk, an amazing balance of the angriest NWOBHM (VENOM above all, but also TANK), some british '80s crossover in the vein of ENGLISH DOGS and a lethal dose of japanese hardcore (DEATH SIDE, NIGHTMARE, G.I.S.M.). Fans of MIDNIGHT will totally dig this release.
400 copies on black vinyl, 100 copies on clear vinyl + handnumbered sticker.
All copies coming with A2 poster, jacket on 350 grams cardboard, insert, outer plastic bag.