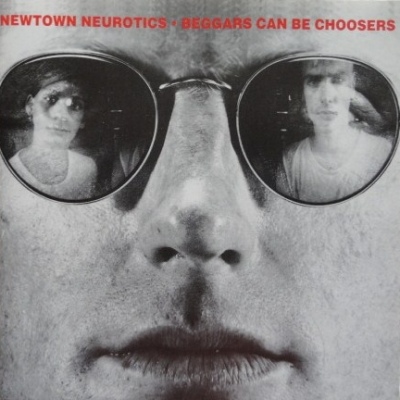 Beggars Can Be Choosers (LP)

BACK IN STOCK!!! The 1983 full-length, "Beggars Can Be Choosers", was the NEWTOWN NEUROTICS' blistering, blazing statement of intent. It was also perhaps the most out-of-step and utterly bizarre punk record England produced that year - simply for being the most ordinary one.
Stringy, angular, cynical, and warily sensitive, Beggars is simply one of the best unsung British punk albums of all time.
And The Neurotics' earnest self-righteousness is so endearing, so goddamn goofy; while the world of music - punk included - whizzed by them in the early '80s, the band stood their ground and played punk rock the way they imagined it ought to be.