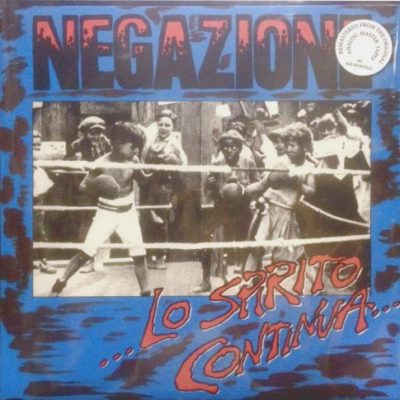 The debut album of Turin’s HardCore band NEGAZIONE, released in 1986 by Konkurrel in Holland and Mordam in the United States, then in 1989 by T.V.O.R. in Italy, is reissued by Contempo on CD. Lo Spirito Continua is considered an absolute masterpiece of Hardcore Punk, and this reissue have been remastered from the original analog master tapes by Ale Sportelli.
Italian HardCore at its best! Sounds great. Unmissable!