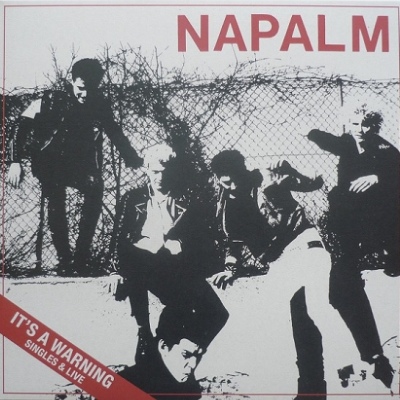 It's A Warning Singles & Live (LP)

NAPALM from Hamburg, Germany started in 1979 and packed it in 1982/1983 after recording only two 7".
Already having made their 1st attempts in bands like COPSLAYER, GUTTERSNIPES, BORSTAL BOYS, SCREAMER and NO ONE, they formed NAPALM. "It's A Warning" contains all their recorded works: both their 7"s + some live songs.
NAPALM may not have made an impact in punk, but punk has for sure made an impact on them.
This record has been released to make the stuff available on regular priced vinyl again, as the original recordings are offered for undecent prices.