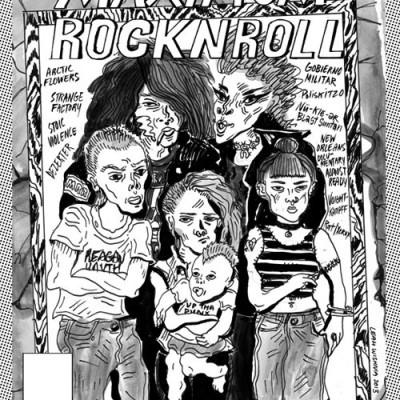 Yes, punx, 2014 is going strong with MRR #369, the February issue of Maximum Rocknroll featuring cover art by Leah Wishnia! We check in with Polish legends DEZERTER, while Japan's STRANGE FACTORY lets us know what it's like living in the wake of the Fukushima nuclear disaster, and STOIC VIOLENCE fills us in on the problems with bands compromising ethics for fame. ARCTIC FLOWERS discuss the current post-punk trend in DIY, David West of RANK/XEROX and RAT COLUMNS talks inspiration, and VOIGH-KAMPFF tell us what it's like to be in a cross-country band. NÜ-KLĒ-ƏR BLAST SUNTAN talks about band dynamics and relationships, POLISKITZO reps L.A. and their homies, and GOBIERNO MILITAR talks about discovering punk in Spain. And, as always, we have your favorite columnists and the largest, most extensive punk reviews section in print!