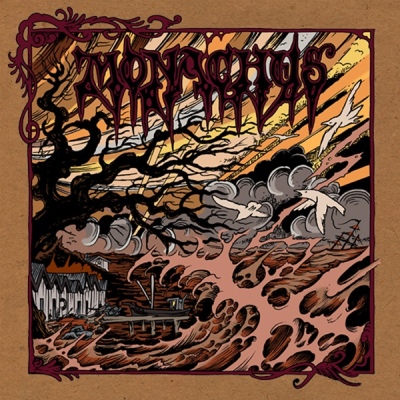 Out Of The Blue (LP)

PROGRESSIVE-HARDCORE.
Doom, metal and crust from former ICOS members, a band known for its crushing impassioned resonance.
In the years that followed, they took the spirit of their former band and worked at creating a larger, more ominous and ultimately more considered sound. This band would become MONACHUS.
Capturing an organic timbre that invokes images of these swedes toiling over beloved instruments, their debut album "Out Of The Blue" draws influence from brooding sludge-metal, yet invokes a sense of timeless peace, surging waves of sung and groaled voices and raucous walls of guitars.
Comes as 180 g. vinyl, with a poster and lyricsheet.