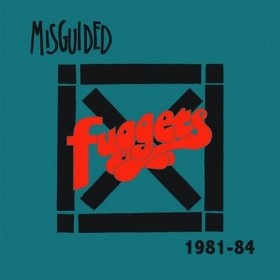 One of the original "NY Thrash" bands, the Misguided, along with HEARTATTACK, THE FALSE PROPHETS, and THE MOB, were amongst the first generation of NY hardcore.
This retrospective of studio, demo, and live material bears witness to that exciting, restless, and sometimes awkward time after the punk explosion in NY when kids forged their own sound with only the "loud, fast rules!" ethic as their blueprint.
Refreshingly absent is the metal crunch that characterized later generations of NYHC.
Influenced by the Dead Boys or the Jam, the Misguided took some cues from the DC bands of the time, stripped that sound down to its elements and injected it with a momentum and vigor almost bursting at the seams.