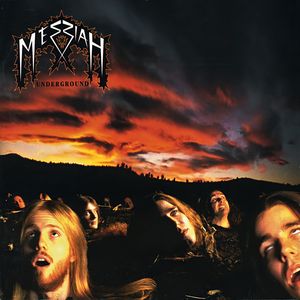 Each of Messiah's releases feature a different line-up and style of metal. "Underground" is a groove metal album that reminds the previous album "Rotten Perish". You will find remnants of death metal here and there are some moderate thrash influenced riffs in each song. For a rock album, or rather a 90's groove metal album, this is greatly written and the guitar tone is awesome.