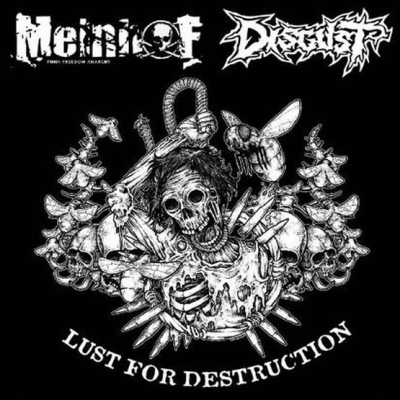 This is a split mini-album release by UK London's MEINHOF and Nagoya city's DISGUST, together carrying out the Japanese tour entitled "LUST FOR DESTRUCTION TOUR"in Nov 2008.
MEINHOF is a heavy brutal femail vocal D-BEAT crustcore band like Disrupt,State Of Fear,Consume.
They have already released 3LPs in the past and this is going to be their best recording ever!
Nagoya city grind godz DISGUST in this release comes with non-blast beat ultra-heavy D-BEAT vicious crustcore.
IN GRIND WE CRUST!
All new tracks & new recording, 3 tracks each!!