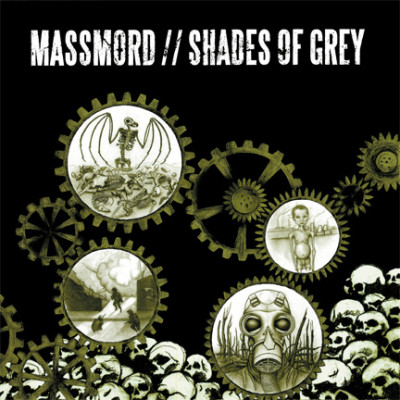 Another classic PE release finally gets a second pressing! Two intense hardcore crust bands from Stockholm, Sweden team up for a powerhouse new split album. MASSMORD have current/former members of such bands as DEUNGA, ARTICLE NINE, BEYOND PINK and VÅBIG 5 and have previously released two albums and have eseblished a reputation for delivering high quality, down-tuned hardcore punk (they have been compared to “WOLFBRIGADE and TO WHAT END? mixed with some FROM ASHES RISE and KYLESA.”). SHADES OF GREY share the other side of this split and are the perfect match, both musically and ideologically speaking. Having only previously released a demo, this will be the band’s first large-scale release. Both bands have excellent recording production with an absolutely huge sound. Prepare to be blown away!