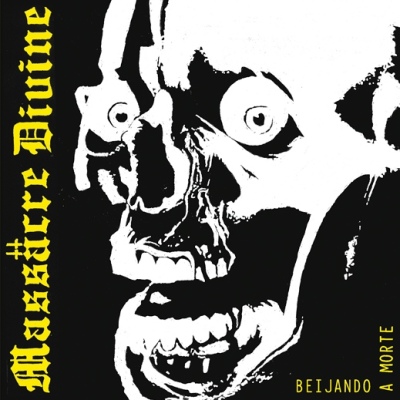 Fofäo Discrust (Besthöven) and Jo (Germ Attak and more) have joined forces to deliver a zipping, ripping mess of sound on this 7".
Raw and crunchy guitars, rolling basslines and "sloppy" hammering drums - topped off by roaring reverby vocals in English and Portugese.
Four tracks of raw punk that sounds like a long lost Discharge recording put to tape some time between "Realities of War" and "Fight Back".