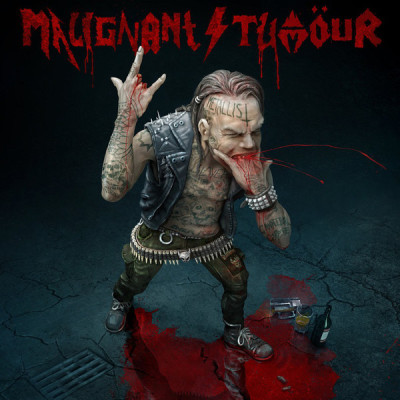 BACK IN STOCK!!!
Sixth MALIGNANT TUMOUR full lengh album! Here you'll get 11 songs of dirty metal fused Rock´n´Roll on vinyl. They took Lemmy's "We are Motörhead“ song and retitled it "We are Malignant“. Album is mixed and mastered at Stage One Studio by legendary metal producer Andy Classen. Expect the album which rip off your limbs and smash your brain….dirty fucking heavy ROCK´N´ROLL!!! Released by UNREST RECORDS.