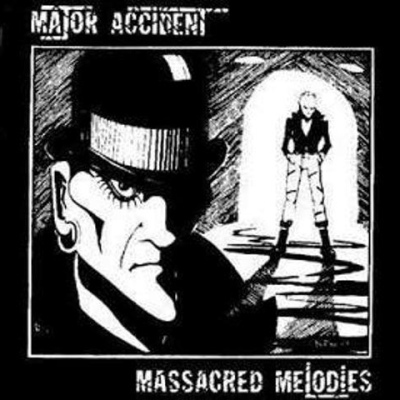 Started in late 1977 in Darlington, UK, legendary punkers Major Accident were initially influenced by the Pistols and the Clash.
It took until late 1982 for their first proper release to see the light of day: their debut album "Massacred Melodies" finally came out on Step Forward.
The distinctive "Clockwork Orange" image (they were the first punk band to adopt the look from Kubrick's famous movie, which was banned in the UK at the time and impossible-to-see anywhere) and their songwriting, by far more peculiar than the average UK82 punk band, allowed them to grow a sizeable following, and their classic sleeve artwork by Paul Dillon started appearing on the back of more than a few black leather jackets.