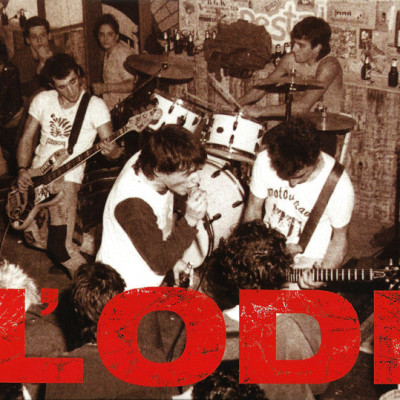 These outcasts, misfits, rageful and smart punks really kicked the system in a clever way. Probably the most outstanding hardcore band in the early eighties in Barcelona, along with Subterranean Kids and GRB, they did something never did before: singing in catalan, their mother tongue. As a kind of tradition, punk and hardcore bands were using spanish in their lyrics, and using catalan made their music something closer to the young punks in Barcelona who spoke catalan in their homes. That was also a political issue somehow; at that time, catalan was still something to fight for after years of right-winged dictature of Franco, when catalan was even prohibited. They were using it and they represented a symbol to the young anarchists, communists and left-winged young people in Barcelona's underground. But that political attitude was somehow accidental. It came more from the punk attitude, they wanted to write corrosive lyrics and provoke and that was a good way to do it. Born in 1982, they became popular in the underground scene by playing in festivals like Nicaragua Rock, Mili KK, by touring around the basque country (always close politically to catalan issues) and, mainly, for their brilliant lyrics and mad attitude onstage. They also hit the road and toured Germany for 18 days, and, as other spanish hardcore bands, went to Italy to have some of their records pressed. Their first single was released in 1986, called "Que pagui Pujol" (referring to the catalan governor at the time), and in 1990 came out their first LP, "Esventats", by basque label Basati Diskak. The same year another full-length including their first single plus eight new songs was also released by Potencial Hardcore. In 1992 the band split-up, though five years later they would reunite to do a couple of shows in Madrid and Barcelona. The story would end with the release of a CD released by El Lokal in 2000, and of a live video called "Piel Roja Live". This album includes their first 7-inch single, "Que pagui Pujol" plus the 8 tracks of the so-called album, the complete "Esventats" LP, a live recording at Zeleste in Barcelona in 1985 and another one of their reunification gig in 1997 also in Barcelona. And even more, the CD includes a link where another full gig, Nicaragua Rock festival of 1986, can be freely downloaded.