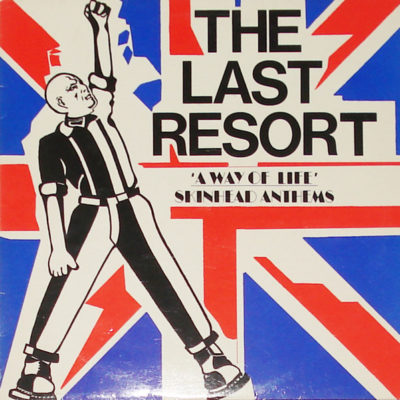 BACK IN STOCK!!! Truly an album that has defined a sound and sub-culture. Originally released in 1982 and reached No.6 in the then important Independent Music Charts in the UK. The album features the track “King Of The Jungle” from the legendary compilation “Carry On Oi!” which was compiled by Garry Bushell on Secret Records (1981). The album has become such a force in the Punk/Skinhead/Oi! underground even the album artwork is now legendary.

Puke n Vomit makes the album available domestically for the first time in the US.