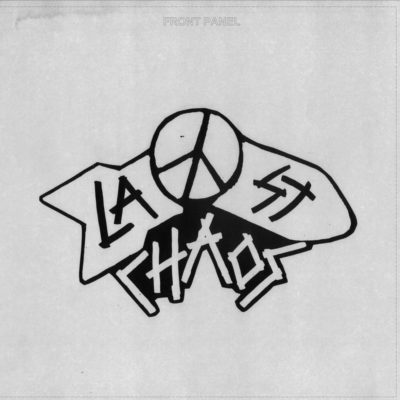 Only Fit For Ghosts (LP)

From the ashes of Teargas (one of the best hardcore bands of recent memory) comes Last Chaos. After taking the southern hemisphere by storm with Australian and Asian tours on a few 7"s, they now prepare for the big leap to our shitty country, the USA, touring on their first LP.

Last Chaos play straight-forward hardcore punk, veering into Finnish/Japanese/d-beat-y/raw punk-y territory of songwriting but without becoming an overt genre-exercise, saved by a compelling style of riff-crafting that is both familiar and distinct, sometimes rocking with an energetic swagger and sometimes lurching forward with a forlorn stomp. The playing is tight, with booming and driving drums propelling everything with a satisfying momentum, guitars with just the right amount of fuzz captured with a strong and clear production that keeps everything at a maximum power, and vocals with a tasteful hint of the reverb that too many bands abuse. This should be an easy record to digest if you are at all interested in hardcore punk in 2015.

Originally this was pegged to be a 7" single from Teargas but they had to use every song they had to make the 12"....then they got offered the split 7" with Forward....so it just never panned out. No worries though, I was pretty happy to help with Last Chaos, I was waaayyyy into the split 7" with Vaarallinen.

A few years later, this release makes me feel....regret, I guess? This one was another victim of A&R: when Stan decided to sell the plant and just let the whole operation crumble and lost any sense of scheduling or workflow, a bunch of my releases got caught in the vortex, and this and Muerte LP suffered the most. I don't hold it against Stan/A&R, I get it, sometimes it's like that, it's just unfortunate.

Well as a result the record missed most of their tour dates on their big USA tour, and you know, that's my fault more than anybody's, because LC gave me everything far enough in advance, and I just took on too much that year, had too crazy a schedule with too many releases and tours and plane tickets and blah blah blah, and my over-commitment played a role in this as much as A&R did. At the height of my stress I definitely said some rude things to Will that, looking back, probably sounded worse than I intended, and I still feel pretty ashamed about that. Sorry Will.

I felt like a total asshole so I made 100x tapes of the LP and gave them all to LC as a place-holder until the records were done, figuring they'd be done by the 1/3rd point.....yeah good fuckin luck, of course they weren't done..... And their tour was happening concurrent to Lotus Fucker touring Brazil with Sete Star Sept so I wasn't in a good position to do much last-second scrambling....

All that being said, we did manage to do LC and LF at Barclay (this was like, just a few days after LF returned from Brazil hah) and that is a very very positive memory for me, LC was killer and it was just a dream to spend some quality time with everybody. I only wish we could have done more gigs together.