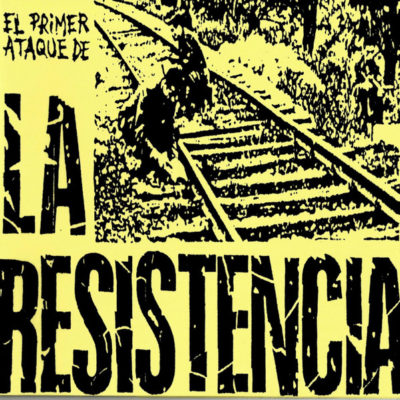 “El Primer Ataque de La Resistencia” (Radikal 1977, 2006) is the first demo recorded by La Resistencia in 1984. The Valencian band presented it with the cover of a sabotage operation carried out on a railway, probably carried out by the French guerrillas against the German occupation. It was precisely in this way that the Madrid label Radikal 1977 recovered it some time later in 2006, adding the unreleased “El fugitivo” to the three original songs that made up the tape.