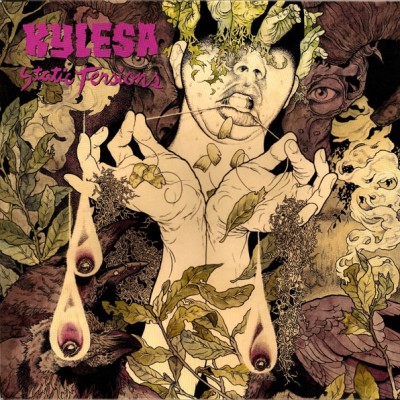 BACK IN STOCK!!! For fans of Baroness, Cult Of Luna, Isis and Mastodon. Static Tensions also sees Kylesa further progressing with their songwriting, both in terms of the psychedelia suggested on the Time Will Fuse... LP and the sheer brute force and memorable structures they've become known for over the course of their 3 albums, split albums and EPs. The at times blackened death metal feel of Said And Done and the piano-laced, middle-eastern tinged Running Red highlight this diversity of sound, yet at all times it remains distinctly Kylesa. The percussion heavy Unknown Awareness is perhaps the most emotionally heavy tune the band has ever written. Comes with 8 page LP size booklet!