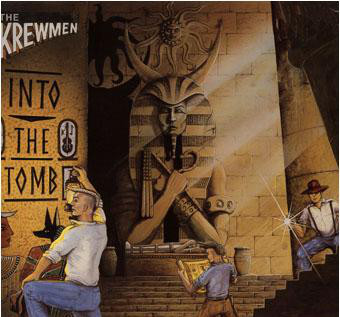 Into The Tomb (LP)

Puke n Vomit Psychobilly Sub Label Phantom Chord Records reissues another must have slice of classic UK Psychobilly. Originally released in 1987 on UK label Lost Moment Records. Their 3rd album would help to make them household names in Psychobilly/Rockabilly circles around the world from Europe to Japan and in the USA. The album features their well known and fast paced cover of the Clash’s 'Should I Stay or Should I Go' along with a red hot cover of T-Rex's 'Solid Gold Action'. It was also the last album with legendary singer Mark "Mad Dog" Cole.