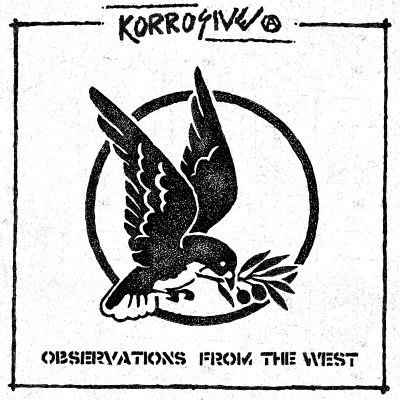 Observations From The West (LP)

After a Demo Tape, a bunch of live tapes, two 7" EP's and a split 7" with Appendix, Korrosive are finally back with their debut full length. The Bay Area band hasn't changed their sound at all and what you can hear on this record is the usual wall of sound totally inspired by old school Finnish hardcore punk. Kaaos are of course on the top of the list, but Mellakka, Rutto and Bastards are the names that come to my mind after multiple listenings to this masterpiece. The LP will be released on time for their June European tour.