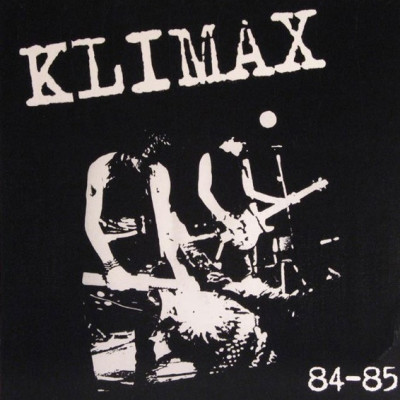 Another great but not well-known Punk, Hardcore band from Finland of the Early, Mid Eighties was the act KLIMAX from the city Pieksamaki. Finland is some kind of treasure island for fans of raw and pissed off Hardcore, Punk and KLIMAX totally fits into that genre. Their music is similar to other contemporary finnish acts like HIC SYSTEEMI, MARIONETTI, RIISTEYT, KAOOS, ..., so expect unleashed raw Eighties Hardcore power made in Suomi.
This LP contains all material the band ever recorded:
# eleven songs from the first demo (march 1984)
# nine songs from the second demo (february 1985)
Official discography on Black vinyl, this album comes with extra lyric / info sheet.