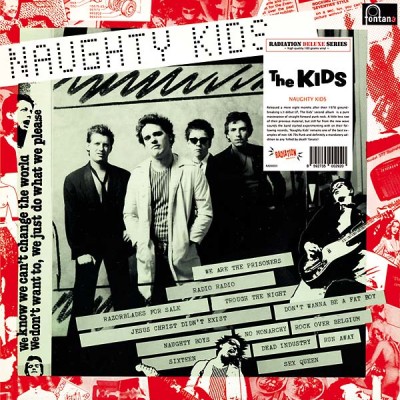 BACK IN STOCK!!! Originally released a mere eight months after their groundbreaking 1978 self-titled debut LP, The Kids' second album is a pure masterpiece of straightforward punk rock. A little less raw than their previous material, but still far from the new wave sounds the band started experimenting with on their following records, Naughty Kids remains one of the best examples of non-UK '70s punk and definitely a mandatory addition to the collection of any Killed by Death fanatic! This reissue also includes five bonus tracks recorded live in 1978. The third release on Radiation Deluxe Series, this classic punk LP is reissued on 180-gram vinyl in a deluxe 350-gram cardboard sleeve.