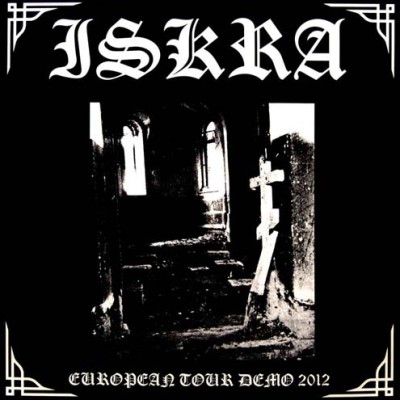 Iskra - a Canadian anarchist crust punk band, formed in Victoria, British Columbia, in 2002. It was formed from the wreckage of Black Kronstadt, a style which over the years has also been defined as "Blackened Crust".
A self-released, limited run of this demo was released in September 2012 for Iskra's European Tour (September 19th - November 4th 2012).
Featured on the demo are four new tracks from their upcoming LP: "Nihil", "Der Einzig", "Illegal" and "Traume", along with three re-recorded tracks off the LP "Bureval" (2009, Agipunk), and a cover version of Immortal's "Cursed Realms of the Winterdemons".
The LP edition was pressed in an edition of 666 copies on black vinyl with the tour dates listed on the back of the sleeve. Includes a printed inner sleeve with lyrics and recording information.