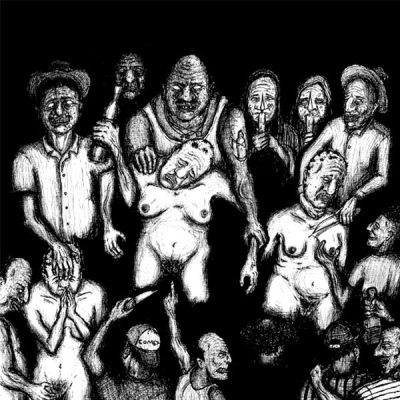 Coming from mexico, a country where street executions and drug Lords are at war with everybody, INSERVIBLES can be described as the soundtrack of the mexican nightmare.
Their deranged hybrid of negative hardcore with no-fi garage as been compared to NERORGASMO, RAW POWER, VOID or THE REATARDS.
The 13 tracks contained on this LP may bring to mind some of those bands but there is something else behind all those layers of filth they call music.
Acid lyrics with a macabre sense of humour.
Laughing as a statement against the world and a continuous vile-spit on the face of formal folklore.
All housed in a tasteless jacket designed Yecatl Pe ña.