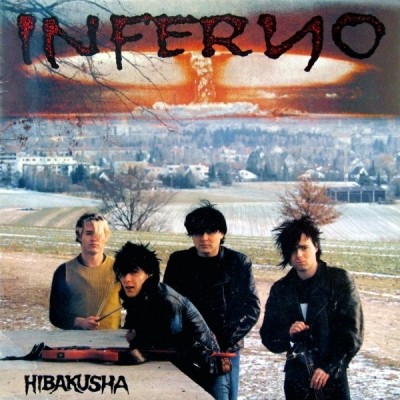 BACK IN STOCK!!! Another classic title from the german hardcore / punk history now for the first time officially reissued. The second full length "Hibakusha" from south germans INFERNO was recorded in summer 85 at the legendary Music Lab Studios in Berlin. 14 brutal songs recorded with a pinch of speedcore that were not to be surpassed in power at the time. The Japanese term "Hibakusha" is used in the Land of the Rising Sun usually in connection with the victims of the atomic bombing of the cities of Hiroshima and Nagasaki and is as album title already before the recordings. The recordings were remastered by Archie Alert (Guitar,now in TERRORGRUPPE). Cover and Lyricsheet has also been reworked by Howie (Singer).