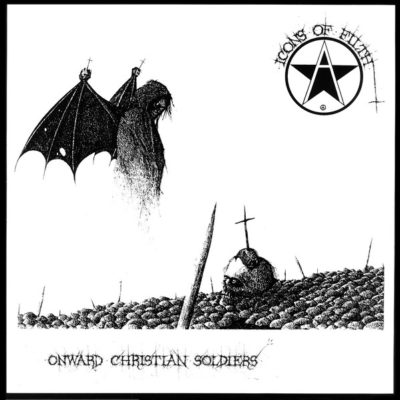 2020 reissue of this cornerstone of UK hardcore, originally released on Conflict's Mortarhate Records in 1984. Black vinyl from Puke N Vomit Records. The first domestic vinyl release of this seminal UK Anarcho Punk classic from 1984!
Onward Christian Soldiers by Icons Of Filth is a fiery slice of fierce punk/hardcore with lyrics dealing with a need for individual responsibility, action and positive change. Considered one of the defining, and most popular albums to be released from the 80s UK Anarcho Punk scene.