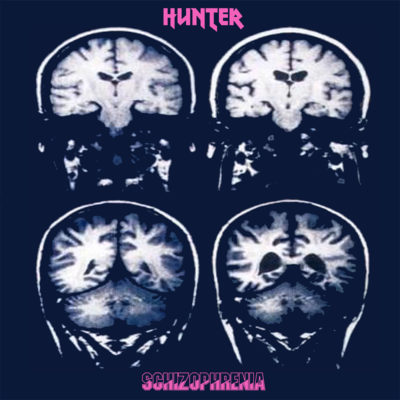 Hunter were formed during the summer of ‘79 in the Isle Of Wight.

The original line up consisted of Jon Amor on vocals, Ian Hargreaves on bass/backing vocals and brothers Clive and Hugh Kim Lewis on guitar and drums, respectively. They had a different sound to the new wave music of the era, centering mainly around driving bass riffs and choppy guitar. Most of the material they played were their own songs.

They rehearsed extensively and made their live debut on 22nd December 1979 supporting the Pumphouse Gang at Lakeside Inn. Not long after Hugh departed the band to join Flirt (later Cassie) and Chris Lines took his place on drums. The new line up did more live gigs and went into Tim Muncaster’s 4 track studio in East Cowes to record some songs. A short while after the band split up.