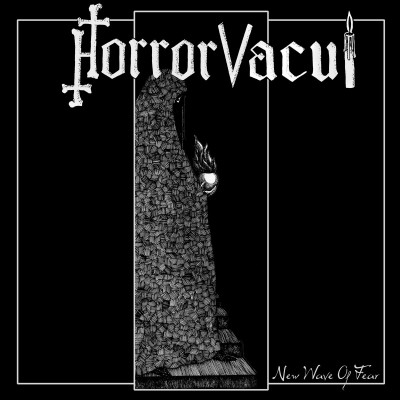 Three years after their second album "Return Of The Empire", the italian Vampire punx combo returns with their new full length „New Wave of Fear’’. The tunes got darker and less punk than their previous releases but, all in all, the formula hasn't changed too much, and, hell yeah, this is a concept album about life and death. The A side has been named "This Side" and deals with things that belong to the world we're living (immigration, the rise of the extreme right wing parties, terror, life in general etc.). The B side has been named "Other Side" and it's all dedicated about death. It's a more intense record and definitely better than their old ones, and you can also hear the crusty roots of some of the members in their last song where Amebix and Fields Of The Nephilim meet in a no men's land to face the end of it all. Horror Vacui will tour Europe in August/September '18 along with their PDX dark merchant fellows Bellicose Minds.