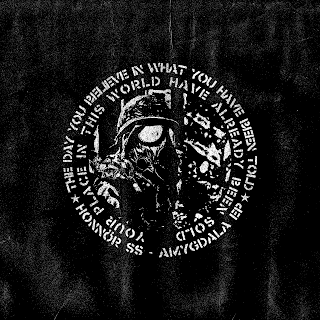 So, what we finally have here is the final release of a noisy raw split "12 on Rawmantic Disasters Records only. Total D-Beat Raw Punk War by Disease from Macedonia and Honnor SS from Sweden. Disease southeast european Disclose-Clone number one, whenever you get the chance to get their "Neverending Warcrimes" "12, take it, it is as great as DIS songs on the split. Honnor SS continue where Giftgasattack (also from Sweden) finished. Total Noise Raw Punk Violence. You will love this release as we do, so no wonder, it became cat. number 666, hehehe.... comes in gatefold sleeve with insert in black vinyl (400 copies).