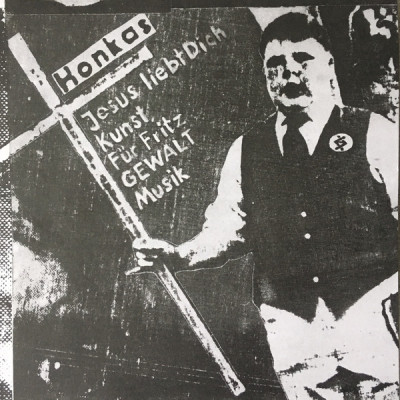 Originally on Pogar Records (who also released Ohlo Seco in Europe for you Brazilian Hardcore aficionados), this is a classic although very rare Deutschpunk record. The aim of the band and label is to make this record available at a non collector price.

“Honkas are a very raw punk band from Germany, and the production on this record only accentuates their primitivity. Some of the songs here almost degenerate into an undefined mass of guitar distortion, but others (like the title track) have more focus and drive. Pretty sharp.