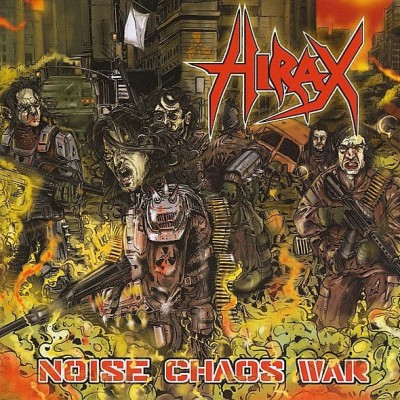 An unholy mixture of the fearless violence of punk with the cone-shaped focused aggression of thrash. One can detect a number of other like-minded acts that may (or not) have influenced such venomous chaos; the maddening speed of SLAYER, the monstrous production approach of death metal-era SEPULTURA, the melodic tendencies of EXODUS, all coming together for a 17-track riff-fest of two-dimensionality. While this sounds appealing to all those denim-vest-covered-in-band-logo-patches-wearin’ forty-somethings, it may end up staying with them, as kids these days, they of the three-second attention spans, probably wouldn’t appreciate what HIRAX is trying to get across, and they should be kicked in their butts for this! No matter when, no matter what, no matter how, HIRAX RULE!!!