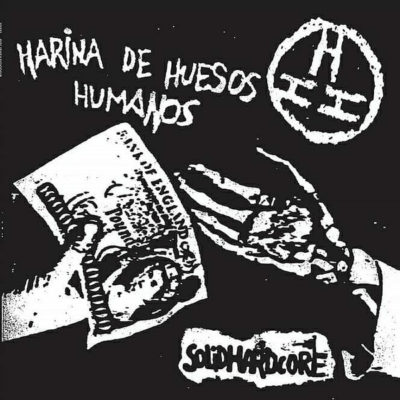 Rare demo from 85 'of this living legend of the raw HARDCORE from Spain and Europe. Alta Intensidaz wrote back in his day when he reissued it on cassette; The rosette stone of hardcore radikal !? First known, disseminated and self-released recording by the Banyoles band, even before “Sin Identidad”. 10 songs like 10 total hardcore bombs, "Paz" and "Psychosis" unreleased on later recordings. Very raw and filthy sound. Hipster and enemy letters of human horror. The only original copies that we have always found have been in the Basque Country, perhaps the HHH designed and recorded it only for friends and hardcore postal companions. Reproduction with artwork and insert of the original cassette. Second press on RED vinyl and WITHE vinyl + silkscreened poster with a band´s photo.