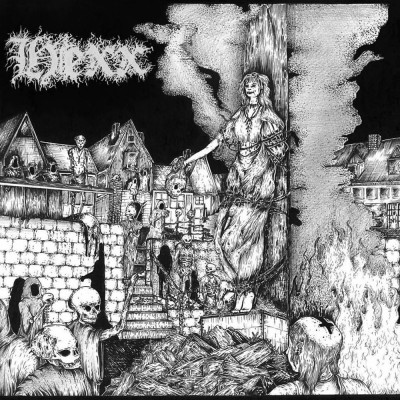 Perth Hardcore/Powerviolence powerhouse, following their absolutely crushing self titled first release on cassette; Hexx are back with an equally, if not heavier e.p. titled "Sacrifice". Once described as the Bolt Thrower of crust, this visceral onslaught of a band show no signs of relenting not unlike Left for Dead. Recorded by Ron Pollard of Studio Sleepwalker's Dread this 7" vinyl is here to tear your face off and flush it down the shit stained dunny.. Out onRSR/Televised Suicide.