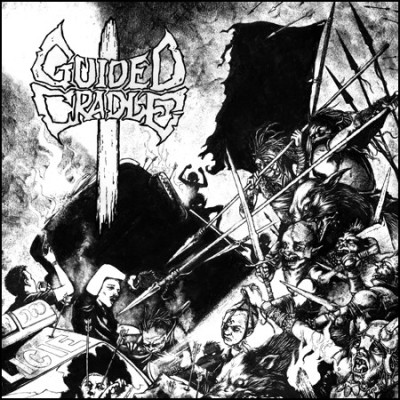 Guided Cradle were from Prague, Czech Republic who started as a cover band called Anti-Climax in the spring of 2003 with members of Dread 101, V.I.R, Oi Pollloi and Hellshock who played covers of Anti-Cimex, Doom, Extreme Noise Terror... A year later, with the addition of second guitarist Austyn Lukas from the USA (K10 Prospect & 23rd Chapter) they decided to write their own material. This debut LP features eight tracks of raw barbaric crust. Due to popular demand, and all of their European releases being sold out, this Canadian gatefold edition w/ poster & half black/half yellow (split coloured vinyl) was licensed from Damage Done Records (CZ) in 2006, putting this ripper back in circulation.