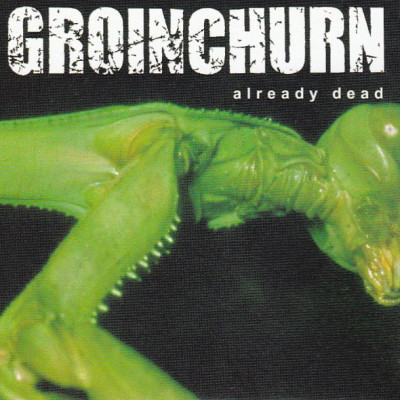 This disc may be tiny in size but it is has a gigantic sound. South Africa's premiere grind band unleashed this disc to not only serve as a teaser for their Morbid Records full length "Fink" but to give their loyal hordes of fans a very cool collectable. The disc consists of three new tracks that highlight the band continued growth and unrelenting exploration of all that is extreme in grindcore, one track from their split 7" with WOYZECH and two live tunes recorded in 1997 on their European tour with KRABATHOR. The band have always managed to walk a thin line between death metal and grindcore utilizing the stronger elements of both genres in forging their sound and this CD is no different. If words like "harsh" "fast" "blasting" "shredding" and, yep, even "brutal" are adjectives you like to see attached to the music you favor then there is absolutely no way that you can go wrong with GROINCHURN. Ever.