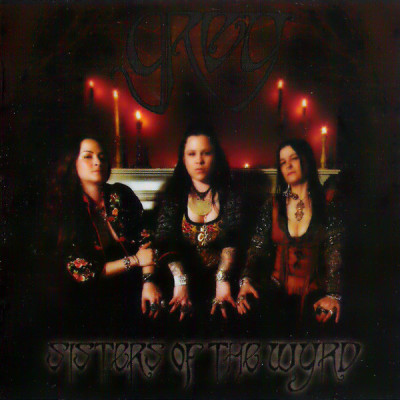 Sisters Of The Wyrd (CD)

All female trio of heavy doom! For fans of Asunder, Coffins, Corrupted, 13, Thorr's Hammer, Evoken and anything slow and brutally heavy.
Sisters of the Wyrd is an album with 5 songs (with the last being a completely ferocious cover of 13’s Wither) that clocks in at a little over an hour. The songs are all dark and depressing while being heavy as fuck. While Black Sabbath might be the primary influence on the band it’s the little touches of funeral doom ala Skepticism, sludge that’s got a slight NOLA feel to it and a crusty edge that’s like a slowed down Dystopia that sets Grey apart from the majority of their peers. I really can’t find fault with the band’s sound as it takes in the best of the sludge/ doom sound and turns it into an absolute monster. Another thing that I have to allot high marks to is the vocal performance of Suzanne Morales Haynes aka GypsyWitch. Her voice has that crusty, raw feel to it that is equal parts despair and anger.