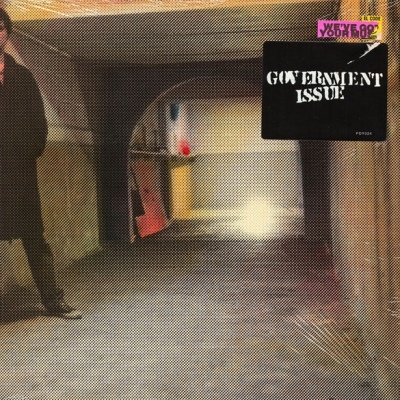 Classic band with a very definitive sound.
This is a reissue of their self-titled album from 1986 and it’s in print for the first time in 20 years!
This release captures the band at a point where they have evolved into something potent and strong.
They say during this recording they approached it as a “concept album” and you can see to some degree where they were going (they eventually dropped that idea).
In my opinion this was a coming of age album and really defines them as a band.
GOVERNMENT ISSUE always had a specific sound that you could pick out from a crowd with good amount of catchiness and hooks in the music to bring you back for more.
GI were a hardcore punk band, but without all the mayhem and noise that generally accompanies the genre.
This was re-mastered by the guitarist Tom Lyle and sounds damn good!
Also included are 4 bonus tracks on this slap of wax
Cheers to Doctor Strange records for re-releasing this great album.