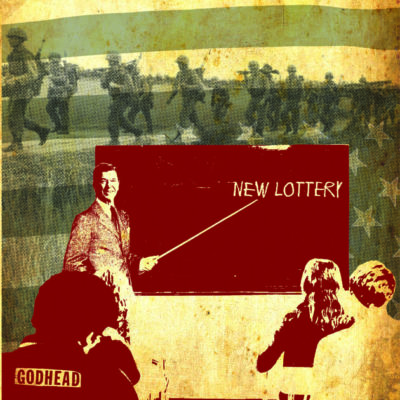 Punk band from Los Angeles active between 1981 and 1982. They released the original New Lottery 7″ on Bemisbrain records, famous for releasing Modern Warfare releases as well as Hell Comes To Your House compilation albums. The band recorded another song intended for another release, but it never came out, so we included it on this 7″. You can also find an essay on the band and the LA punk scene of the day, band photos, show flyers and lyrics, all that as part of a 12 page booklet! Great tuneful punk rock classic! This is the black vinyl limited to 300.