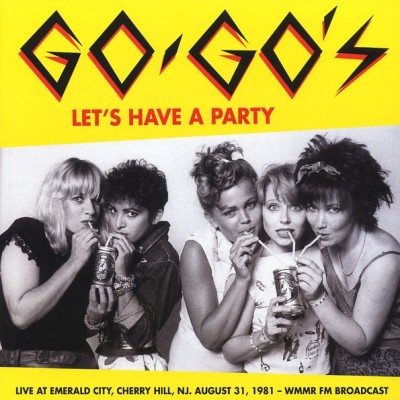 'LIVE AT EMERALD CITY, CHERRY HILL, NJ, AUGUST 31, 1981-WMMR FM BROADCAST'. Recorded just as the Go-Go's were hitting the height of their fame in 1981, this is a high quality FM radio broadcast from WMMR FM. Their classic debut album, 'Beauty And The Beat', had been released just a few months prior, and 'We Got The Beat' was the radio hit of the summer.