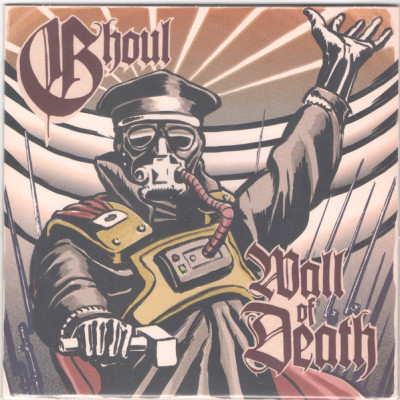 "Wall of Death" was originally released as part of Decibel's flexi series included in issue #141 (July 2016). Tankcrimes officially repressed in on 7" with the track "Humans Til Deth", taken from "The Humans" soundtrack, on the B side. The 7" comes in blood red vinyl!