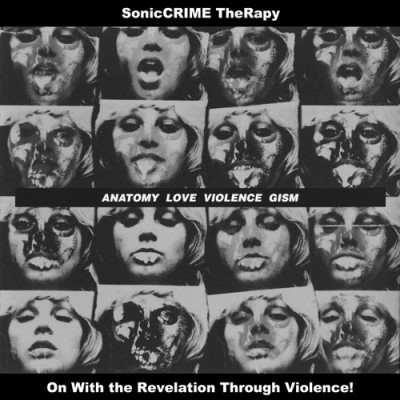 GISM was a Japanese hardcore punk band formed in Tokyo in 1980. Even though the guitar style resembled heavy metal in many aspects, GISM was one of the first Japanese hardcore bands, while at the same time drawing influence from the early industrial/avant-garde music scene -- something extremely uncommon in punk bands at that time. GISM released their last album on compact disc titled "SoniCRIME TheRapy" in 2001. The band featured Kiichi Takahashi on bass and Ironfist Tatsushima on drums. Guitarist, Randy Uchida, died from cancer on February 10, 2001, shortly after the release of the album. GISM played two shows in Tokyo in the honor of Randy Uchida, and then broke up. "SoniCRIME Therapy" seems to be a compilation of various tracks and ideas of G.I.S.M from over the last 10 years. Some stuff is actually familiar from the "Gai Individual Social Mean" video that came out in 1995. Also most material sound like its from different eras. Stylistically most tracks are late 80's mosh-metalish with hints of noise. SKVŽs trademark growls and an ultranasty production lift this above avarage and there are a lot of dark and weird non-typical intervals in and between tracks. Most interesting piece is the "Phenomenal Exile In Schizophrenic Patients", a 20 minute compilation of noise tracks and aural soundscapes. The artwork is once again unbeatable. First time on vinyl!"