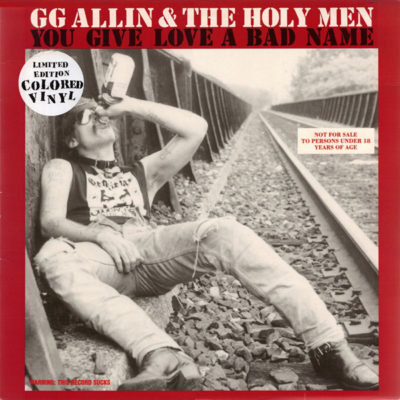 You Give Love A Bad Name (LP)

"You Give Love a Bad Name is the fourth studio album by transgressive punk rock musician GG Allin, and is jointly credited to Allin and a one-time studio band named The Holy Men. Reissues credit the release mistakenly to GG Allin & The Criminal Quartet.

The album was the first to fully mark a distinct change in his vocal tone, which by this time began to take on a slurred and gravelly characteristic, and increasing obsession with shock rock lyrical content"