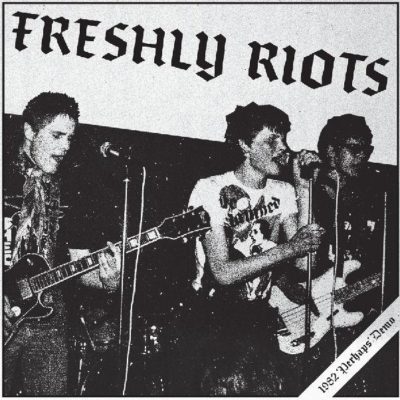 Freshly Riots were an early Danish punk band that self-released all their own music on their Bondeskiver Records label. ‘Perhaps’ was their second cassette only release, originally released in 1982. Available for the first time on vinyl thanks to PNV records. Awesome dissonant punk with elements of raw chaotic 60s garage psych. Instantly familiar and catchy but also dark and ominous and weirdly chaotic and unnerving.