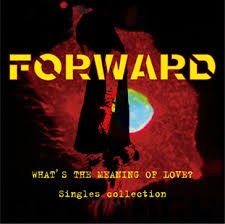 What's The Meaning Of Love? (LP)

BACK IN STOCK!!! From the forefront of the Japanese Hardcore Scene of the Last 15 years, FORWARD's fierce hardcore was first released on a series of Singles, EP's and Compilation appearances in the late 1990's and early 2000's. Collecting the entire tracks from their "Feel The Core Of Self" 7", "Act Then Decide" 7", "We Need The Truth" CD-EP, "What Are You gonna Get" 7" and rare compilation appearances for the first time in a remastered collection from the original Sound sources, shows the band defining it's sound of tough vocalled, stripped down hardcore, flourished with guitar solos and melody.