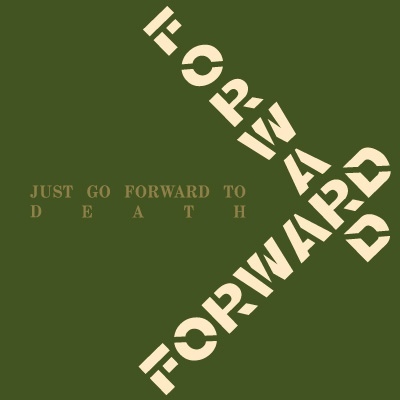 BACK IN STOCK!!! Tokyo, Japan's FORWARD Formed in 1996 after the break up of Legendary Tokyo Hardcore band DEATHSIDE, with Lead singer Ishiya and Bassist You joining New members from INSANE YOUTH and KGS to start a new band that would continue "Forward" with new Punk sounds.
With an edgy, raw hardcore attack, "JUST GO FORWARD TO DEATH" was a culmination of those early years of the band, and was released in 2000 on the H.G. FACT label.
One of the band's Milestone releases with some of the band's most classic tracks such as "Revolution", "What's The Meaning Of Love?", "Set Me Free", as well as the title track, all marked by the band's boisterous vocals, catchy guitar leads and sturdy, pounding rhythm section.
This LP was never released in the U.S, has been out of print on vinyl in Japan for years and is newly Re-mastered in time for FORWARD'S early summer tour of the Southwest and West Coast, the third time this legendary band has toured the States and first time since their 2006 tour with TRAGEDY.